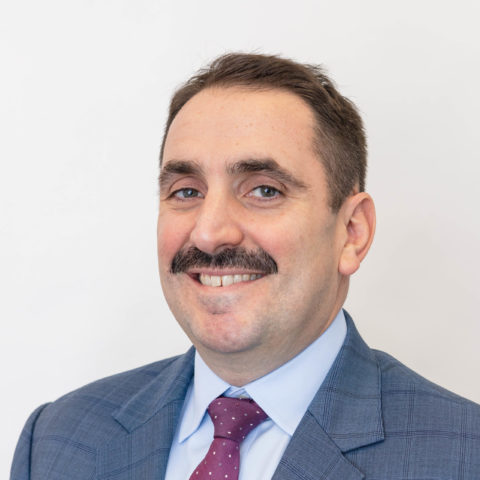 Matthew J. Coleman is a partner and head of the Work Injury Department at Parente & Norem. Before law school, he worked on the southside as a special education teacher in the Chicago Public Schools. Matt taught children and young adults with a variety of moderate to severe physical and developmental disabilities. He witnessed first-hand the daily challenges that face a person with a disability. “It’s in the little things – washing your hair. . .putting a seatbelt on. . .the little things we take for granted.”

In law school, Matt worked as a garbage collector for a local waste disposal company.  “Every day on the route was an adventure. . .it’s a dangerous way to make a living. . .you are confronted with overloaded containers, malfunctioning equipment, traffic wrecks, wild animals, uneven terrain, and poorly lit corridors. . .each day you make it home safe is a blessing.”  Matt also saw how management steadily applied more pressure upon its workforce to cut costs.  “These are hardworking guys. . .nobody was going to work hoping to get hurt. . .but when your livelihood is constantly being threatened unless you work harder and faster. . .its an injury waiting to happen.”

These experiences guide Matt as a trial attorney.  Since graduation he has concentrated his practice in the representation of injured workers and their families and is dedicated to guiding them through the legal process.  “We’ll fight for every penny. . .but communication is key. . .I want to educate my clients in each step of litigation so they can make informed decisions as to how to proceed.”

Matt has represented members of Teamsters Unions, Carpenters Unions, LiUNA, AFSCME, IAM , Pipefitters Union, Roofers Union, Fraternal Order of Police, and local Firefighters Unions,  in their claims before the Illinois Workers’ Compensation Commission.  He routinely tries cases before Arbitrators and has successfully argued before the Commission, Circuit Courts, and the Illinois Appellate Court.  Matt will also handle any “third party” action in State or Federal court when the work injury is caused by the carelessness of others.  This includes cases involving motor vehicle and truck wrecks, construction negligence, products liability, and unsafe conditions on a premises.

Matt also represents railroad workers injured due to unsafe conditions in the workplace.  Matthew has had the privilege to represent members of the Brotherhood of the Maintenance of the Way Employees, Brotherhood of Railroad Signalmen, IAM, and SMART in their cases under the Federal Employers Liability Act (FELA), the OSHA Whistleblower Act (FRSA Sec. 20109), and other safety statutes intended to keep railroad workers safe.

In 2018, Matt was honored by the Chicago Daily Law Bulletin as one of the Top 40 Lawyers under Forty to Watch in Illinois.  He has also been recognized by his peers as a Super Lawyer in the field of work injuries.  In 2021 Matt co-authored the chapter on Vocational Rehabilitation for the Illinois Trial Lawyers Association’s “Worker’s Compensation Trial Notebook.”

Most of all Matt enjoys educating individuals to level the playing field against big corporations, railroads, and insurance companies.  He has traveled across the state of to meet and inform union workers as to their rights under the Illinois Workers Compensation Act and FELA.

Matt lives on the southside with his wife and three children.  He has a young daughter with a cerebral palsy diagnosis.  This affects her ability to crawl, sit, walk, and use one of her arms.  She works hard in physical therapy and attends the Center for Independence Through Conductive Education.  Matt is actively involved with the Center and is most passionate about educating others about cerebral palsy and children with differences.  His family also sponsors the training of a puppy for the Guide Dogs of America.