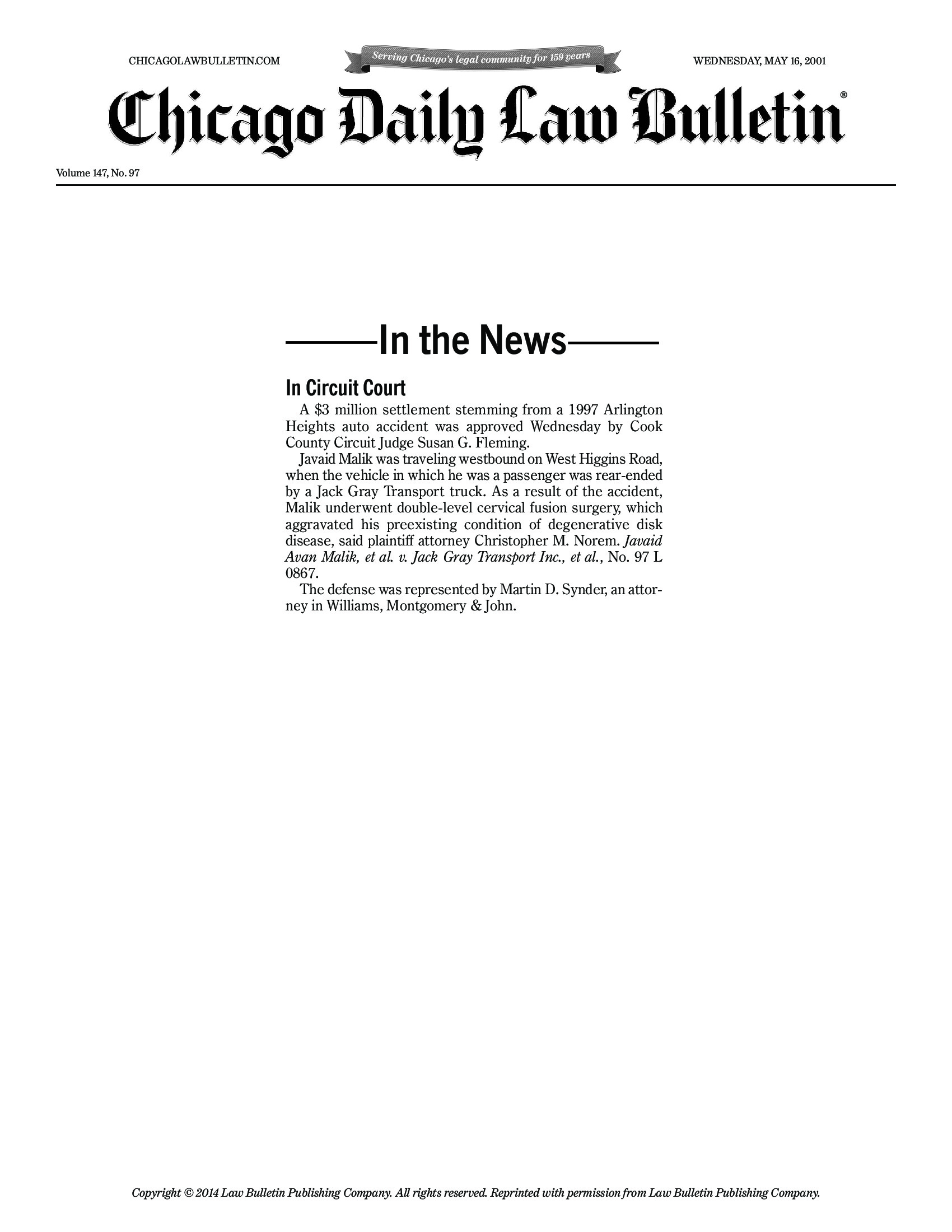 Vehicle rear-ended by a truck

The defense was represented by Martin D. Synder, an attor- ney in Williams, Montgomery & John.

Woman suffered head injuries when she fell on a concrete stairwellNext