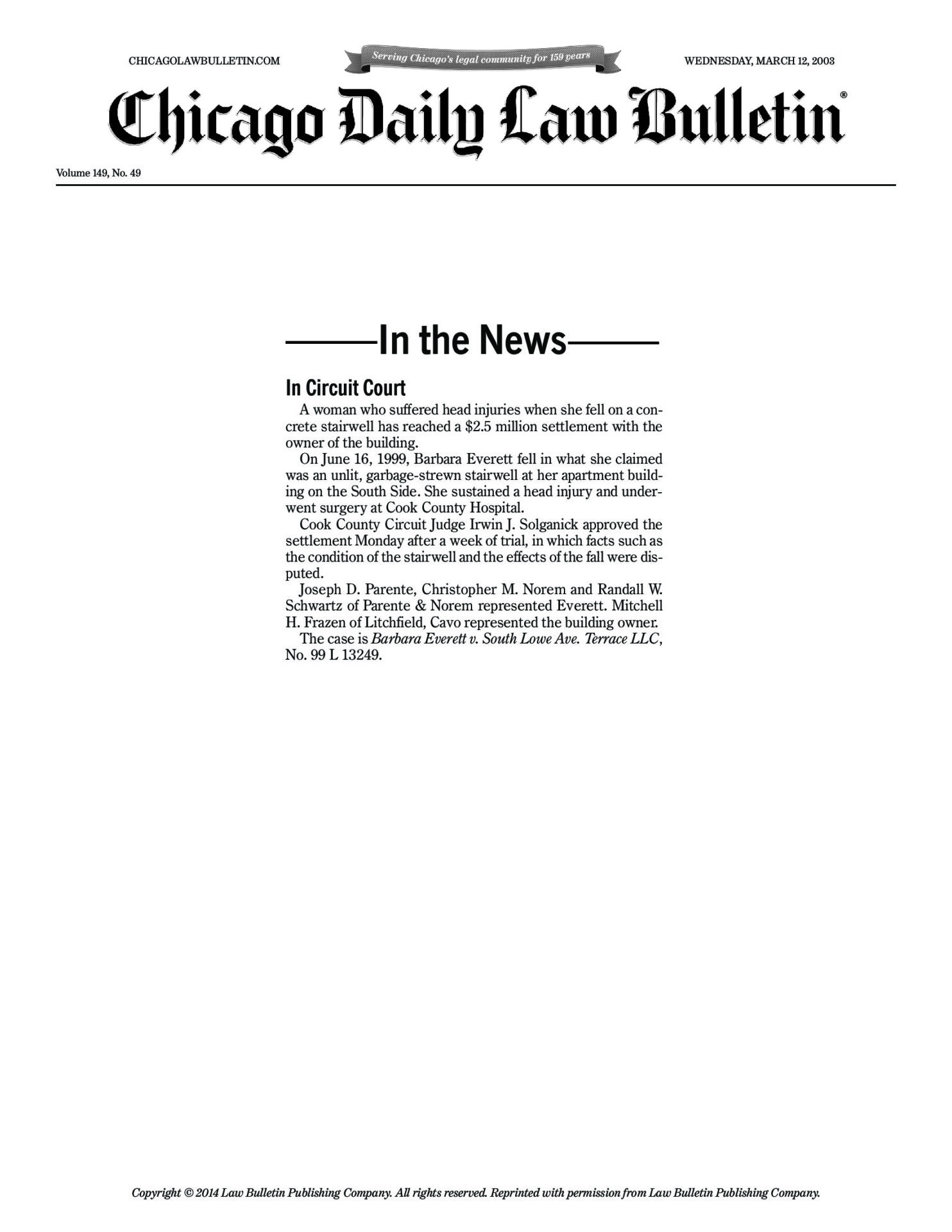 Woman suffered head injuries when she fell on a concrete stairwell

A woman who suffered head injuries when she fell on a concrete stairwell has reached a $2.5 million settlement with the owner of the building.

On June 16, 1999, Barbara Everett fell in what she claimed was an unlit, garbage-strewn stairwell at her apartment build- ing on the South Side. She sustained a head injury and underwent surgery at Cook County Hospital.

Cook County Circuit Judge Irwin J. Solganick approved the settlement Monday after a week of trial, in which facts such as the condition of the stairwell and the effects of the fall were disputed.

Vehicle rear-ended by a truckPrev
Construction worker falls from overhangNext