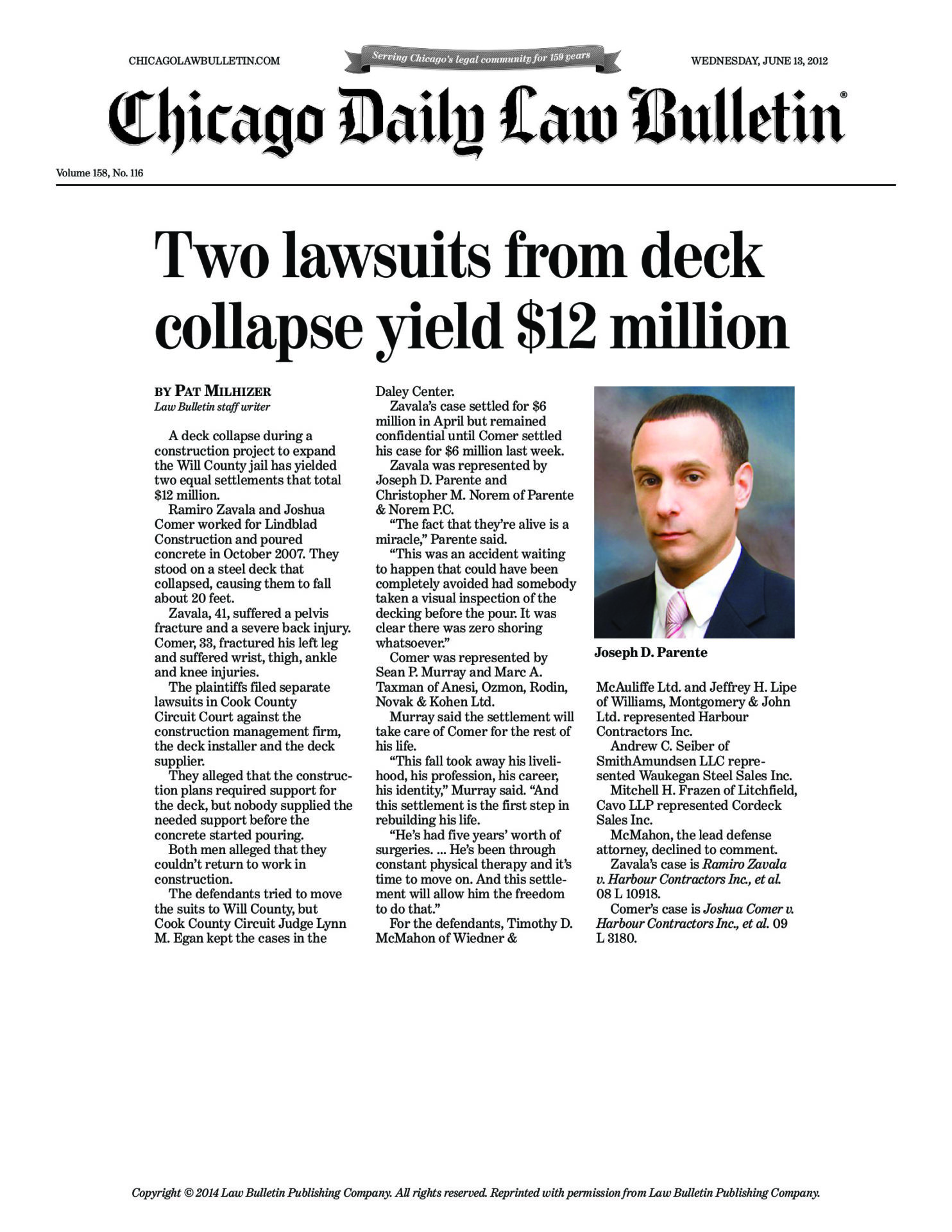 A deck collapse during a construction project to expand the Will County jail has yielded two equal settlements that total $12 million.

Ramiro Zavala and Joshua Comer worked for Lindblad Construction and poured concrete in October 2007. They stood on a steel deck that collapsed, causing them to fall about 20 feet.

Zavala, 41, suffered a pelvis fracture and a severe back injury. Comer, 33, fractured his left leg and suffered wrist, thigh, ankle and knee injuries.

The plaintiffs filed separate lawsuits in Cook County Circuit Court against the construction management firm, the deck installer and the deck supplier.

They alleged that the construction plans required support for the deck, but nobody supplied the needed support before the concrete started pouring.

Both men alleged that they couldn’t return to work in construction.

The defendants tried to move the suits to Will County, but Cook County Circuit Judge Lynn M. Egan kept the cases in the Daley Center.
Zavala’s case settled for $6 million in April but remained confidential until Comer settled his case for $6 million last week.

“The fact that they’re alive is a miracle,” Parente said.

“This was an accident waiting to happen that could have been completely avoided had somebody taken a visual inspection of the decking before the pour. It was clear there was zero shoring whatsoever.”

Murray said the settlement will take care of Comer for the rest of his life.

“This fall took away his livelihood, his profession, his career, his identity,” Murray said. “And this settlement is the first step in rebuilding his life.

“He’s had five years’ worth of surgeries. … He’s been through constant physical therapy and it’s time to move on. And this settlement will allow him the freedom to do that.”